The Department of Homeland Security’s U.S. Immigration and Customs Enforcement (ICE), the largest investigative agency within the Department of Homeland Security (DHS), is responsible for enforcing a wide range of crimes related to border security, including conducting domestic and international investigations on human trafficking, child sex tourism, and forced child labor. END_OF_DOCUMENT_TOKEN_TO_BE_REPLACED

Imagine being stripped of everything you know, transported between states and forced to have sex with strangers. No, this isn’t a nightmare; these are details from a recent U.S. Immigration and Customs Enforcement (ICE) investigation. Four girls – some younger than 14 years old – were forced into a life of prostitution by a Somali-run Human Trafficking Organization. END_OF_DOCUMENT_TOKEN_TO_BE_REPLACED

Success! A small but rapidly growing mom-and-pop shop prostitution ring operating out of the Boston area and New York has been busted. Five people (three in Massachusetts and two in New York) were just arrested on multiple charges relating to forced prostitution and trafficking for the purposes of sexual exploitation.

The group has been operational for over five years, running brothels out of roughly 11 apartments in the greater Boston area. They would post ads on Craigslist and in newspapers in Massachusetts, New York, and California seeking Asian women to move to Boston to work as escorts (in a few instances, the women were in the country illegally). These traffickers were so aggressive in wanting to expand their business and grow their brothels, that they spent over $13,000 in one seven month period placing ads in just one local newspaper in Boston … who knows how much they spent in total! Once here, the women were picked up from a local bus station, distributed amongst the group’s apartments and forced to have sex for money. If they were not complicit, the ring leaders, Hong Wei, known as Ms. Chen, and Jing Liang Chen, known as Mike, would threaten to harm their families. END_OF_DOCUMENT_TOKEN_TO_BE_REPLACED

If you’ve had an interest in the issue of human trafficking and modern-day slavery for any period of time, you probably have wondered, “How can one human being actually enslave another? What’s going through his or her head?” Now, here’s your chance to know. A South African NGO has filmed a former human trafficker who lured girls and women from Thailand to South Africa with the promise of high-paying jobs and then forced them into prostitution. Check out his story in his own words, with more after the jump. Warning: contains graphic descriptions of violence.

This man might not be your stereotypical trafficker, in part because he seems to have had a change of heart about what he was doing, but his descriptions of the trafficking process are incredibly complex. It starts with false promises, includes enforcement of corrupt police and the graphic physical and psychological abuse that goes on. It’s a very brutal reality described in the starkest of terms.

One of the most interesting parts of the interview was that they were able to anticipate law enforcement raids and simply move the girls to another place. Finding human trafficking victims is incredibly difficult for this exact reason. I have to wonder if this ability to detect and then evade inspection by the police is a common phenomenon among traffickers, or if it was this man in particular who was just highly skilled. 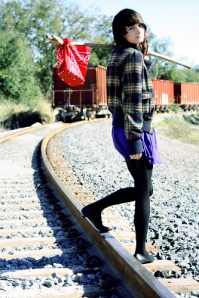 The prospects for healthcare reform may be chillier than DC weather, but Democrats in the House and Senate are turning their attention to another warmer but still significant national issue: the increasing number of runaway and throwaway youth who are being forced into prostitution. In response to the growing concerns that desperate, runaway teens will be forced into prostitution in a sluggish economy, Congress is pushing several bills to improve how runaway kids are tracked by the police, fund crucial social services, and prevent teens from being caught in sex trafficking. Here’s the gist of what the new legislation is trying to accomplish:Shelter: Lack of shelter is one of the biggest vulnerabilities of runaway and homeless youth. Pimps will often use an offer of shelter as an entree to a relationship with a child or a straight up trade for sex. In the past couple years, at least 10 states have made legislative efforts to increase the number of shelters, extend shelter options, and change state reporting requirements so that youth shelters have enough time to win trust and provide services before they need to report the runaways to the police. Much of the new federal legislation would make similar increases in the availability and flexibility of shelter options.

Police Reporting: Right now, police are supposed to enter all missing persons into the National Crime Information Center (NCIC) database within two hours of receiving the case. In reality, that reporting doesn’t always get done, making it almost impossible for law enforcement to search for missing kids across districts. This hole is a big problem in finding child prostitution victims and their pimps, since pimps will often transport girls from state to state. The new bill would strengthen reporting requirements, as well as facilitate communication between the National Center for Missing and Exploited Children and the National Runaway SwitchboardFunding Pilot Programs: Another bill, introduced in December, would fund pilot programs aimed at providing teens in prostitution drug treatment, counseling, and job skills training. Even when child trafficking victims are separated from their pimps, some return to prostitution. In many cases, this return is a direct result of the power and control the pimp exercises over his victims. But sometimes, it’s because the teen lacks the resources and skills to support herself in another way. Programs like these can help children leave prostitution for good. END_OF_DOCUMENT_TOKEN_TO_BE_REPLACED

Texas D.A. Prosecutes Girl, 13, For Prostitution While Her Pimp, 32, Walks 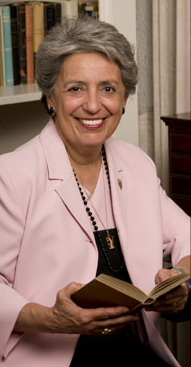 They say everything is bigger in Texas, and the king-sized failures of the justice system are no exception. A Harris County District had a major justice FAIL recently when he prosecuted a 13-year-old girl for prostitution, despite the fact that she’s legally a human trafficking victim and not old enough to consent to sex. And her 32-year-old “boyfriend” (aka pimp) who was having sex with her and likely facilitated her prostitution? Well, he walked off free and clear.

The Texas Supreme Court is hearing the case this week, and it’s unclear whether they’ll decide that a trafficked child too young to consent to sex can be prosecuted for prostitution.

The girl, who media are calling B.W. to protect her identity, was picked up in 2007 when she offered to give an undercover Houston police office a sex for $20. Quickly, the police discovered that she was a minor, and that she had run away from a foster home placement two years earlier, when she was just 11. After running away, she moved in with a 32-year-old man whom she called her “boyfriend.” While staying with him, she used a number of illegal drugs, acquired several sexually transmitted diseases, and had two abortions.

While B.W. never admitted to being engaged in prostitution between the ages of 11 and 13, the high number of STDs and abortions are strong indicators that her “boyfriend” may have been pimping her out, even at that young age. But she did plead guilty to the prostitution charges related to her arrest.

So why is there a legal battle currently raging in Texas over whether or not to charge a young girl, clearly victimized by an older man, with prostitution? B.W.’s lawyers are arguing that it’s just plain ridiculous for a 13-year-old to be prosecuted for prostitution when lawmakers have otherwise determined that a child of that age is legally incapable of consenting to any sex act, much less one that involves an implied contract (minors that age are also too young to legally agree to contracts). They say a prostitution conviction would create an inconsistent legal precedent which states that a child is at the same time both legally capable and legally incapable of consenting to sex.

The D.A., on the other hand, claims B.W. was agreeing to engage in the sex act, which does not require legally-effective consent. Plus, in Texas, state law allows minors to be charged with prostitution, so they claim her consent doesn’t even matter. They also claim that in jail, B.W. will have access to all sorts of educational, rehabilitative, and other services, whereas if she were free, she’d just go back into foster care, run away, and be back on the street.

END_OF_DOCUMENT_TOKEN_TO_BE_REPLACED

Note, suspected Human Trafficking and Child Sex Tourism can also be reported to the U.S. Immigration and Customs Enforcement(ICE) Hotline at 1(866)DHS-2-ICE. ICE is the primary U.S. Law Enforcement agency with authority over these crimes.